The Jewish Community Relations Council (JCRC) and the Jewish Federation of Southern New Jersey have issued the following updates about the Iran nuclear agreement.

We are committed to providing regular updates as they develop.

We encourage you to email jcrcsnj@jfedsnj.org for:

Click here to read an official statement about the Iran Nuclear Agreement from the Board of Directors of the Jewish Community Relations Council of Southern New Jersey. 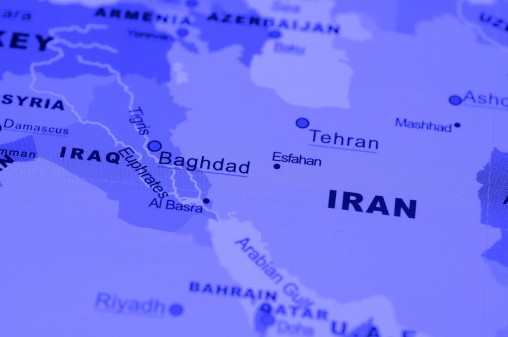 September 1, 2015: Iran's 'Frozen' Assets: Exaggeration on Both Sides of the Debate: Patrick Clawson

September 1, 2015: Iran's 'Frozen' Assets: Exaggeration on Both Sides of the Debate: Patrick Clawson

August 20, 2015: The Iran Deal and Why I Oppose It : Congressman Donald Norcross

August 13, 2015: A Better Deal with Iran is Possible by Robert Satloff

The Jewish Federation of Greater Philadelphia hosted Ambassador Dennis Ross as he examined and evaluated the joint comprehensive plan of action on Iran's nuclear program on Tuesday, July 28 at 6:15PM ET.

CLICK HERE TO VIEW THE RECORDING OF THE LIVE STREAM

Ambassador Dennis Ross is Counselor and Ziegler Distinguished Fellow at The Washington Institute for Near East Policy. For more than twelve years, Ambassador Ross played a leading role in shaping U.S. involvement in the Middle East peace process and dealing directly with the parties in negotiations. A highly skilled diplomat, Ambassador Ross was U.S. point man on the peace process in both the George H. W. Bush and Bill Clinton administrations. He was instrumental in assisting Israelis and Palestinians to reach the 1995 Interim Agreement; he also successfully brokered the 1997 Hebron Accord, facilitated the 1994 Israel-Jordan peace treaty, and intensively worked to bring Israel and Syria together.

We thank those who have reached out to the Jewish Federation and JCRC since yesterday's announcement of a proposed nuclear deal with Iran. We plan to keep the community updated and informed as we receive information. Listed below are statements from New Jersey elected officials in regards to the aforementioned proposal.

"This is an opportunity for Congress to exert its responsibility to review the agreement and I look forward to thoroughly analyzing the details when submitted because, in this case, how it is written has enormous consequences. But I'm concerned that the deal ultimately legitimizes Iran as a threshold-nuclear state. I'm concerned the redlines we drew have turned into green-lights; that Iran will be required only to limit rather than eliminate its nuclear program, while the international community will be required to lift the sanctions, and that it doesn't provide for anytime-any-place inspections of suspected sites. The bottom line is: The deal doesn't end Iran's nuclear program - it preserves it.

We began by saying the Iranians could not have the capacity for nuclear weapons; they had no right to enrich; and they needed to dismantle their illicit nuclear infrastructure. But the agreement allows them an implicit ability to continue enrichment, keep their nuclear infrastructure in place, and have a pathway to pursuing a nuclear bomb in 10 to 15 years. I'm also troubled that the agreement lifts the arms embargo in five years, which is something we should never capitulate on because it allows Iran to earn billions of dollars in newly-available oil revenues to continue to fund terrorism and further destabilize the overall situation in the Middle East.

This is one of the most significant and solemn decisions Congress is asked to make, and I sincerely hope, after two long years of intense negotiations, we're not giving Iran more money to pursue its hegemonic ambitions, but ultimately changing the dynamic and eliminating their ability to pursue a nuclear-weapons capacity. That was where these negotiations began and it is where they should end. We must look at the totality of the agreement and determine if, like Tom Friedman said last week, this is the best bad deal that can be achieved."​

"Iran must not be allowed to possess a nuclear weapon under any circumstances. Any agreement reached by negotiators must be transparent and verifiable, and while I fully support the administration's goals, I am deeply skeptical that the Iranian regime shares America's values and desire for peace. As Congress carries out its responsibility to review and debate this deal, I will continue to press for a resolution that provides security for America, Israel, and our allies throughout the world."

From the onset I've been deeply skeptical of negotiating with Iran, whose leaders have time and again called for the destruction of the United States and declared 'Israel must be wiped off the map.' Iran's view of Israel has not changed nor will it in the foreseeable future. We must not turn our back on Israel and other allies in the region, who will now accelerate their own investments in military and nuclear technology in self-defense. From my seat on the House Intelligence Committee, this deal as outlined will only further jeopardize the security and stability of our allies in the Middle East."

"This agreement gives Iran the opportunity to continue pushing a violent agenda that promotes instability in the region and threatens the security of America, Israel and our allies in the Middle-East. Instead of protecting the safety of Americans and our allies this deal will embolden Iran by legitimizing their regime and likely promote further violence. The proposed deal does not end Iran's nuclear program, but actually results in reduced pressure and less protection, and that is unacceptable. I will review every detail of this agreement because I believe the government should be working to strengthen the security of our country and our allies while operating from a position of power to ensure safety for all."

In the wake of this morning's announcement of an agreement on Iran's nuclear program, the Jewish Federation of Southern New Jersey and its Jewish Community Relations Council urge close Congressional review, robust and reasoned public debate, and a renewed commitment to work together in a bipartisan fashion toward the shared goal of eliminating the threat of a nuclear-armed Iran. Due to Iran's support for Hezbollah and Hamas, its human rights violations, and its aggressive threats toward neighboring countries - including Israel - the specter of a nuclear-armed Iran is untenable.

We recognize and applaud the extraordinary efforts exerted by the United States administration and other members of the P5+1 - the United Kingdom, France, China, Russia, and Germany - to address this critical challenge. At the same time, we continue to have deep concerns, given the threat posed by a nuclear-equipped Iran not only to Israel, but also to the United States and the entire global community. Given Iran's admitted track record of violating U.N. resolutions on its nuclear development program, its thwarting international inspections, and its continuing sponsorship of global terrorism, our leadership should be skeptical of any agreed upon deal. Our concerns are further intensified by the recent anti-Israel and anti-America protests throughout Iran, bolstered by the ongoing rhetoric of its leaders as recently as this past Friday.

President Obama and his administration have repeatedly said that any deal with Iran must shut down Iran's uranium enrichment pathway to a weapon, cut off all four of Iran's potential pathways to a bomb, and track Iran's nuclear activities with unprecedented transparency and robust inspections throughout its nuclear supply chain. We agree, which is why we will be urging our local Congressmen Donald Norcross and Tom MacArthur to give this accord its utmost scrutiny.