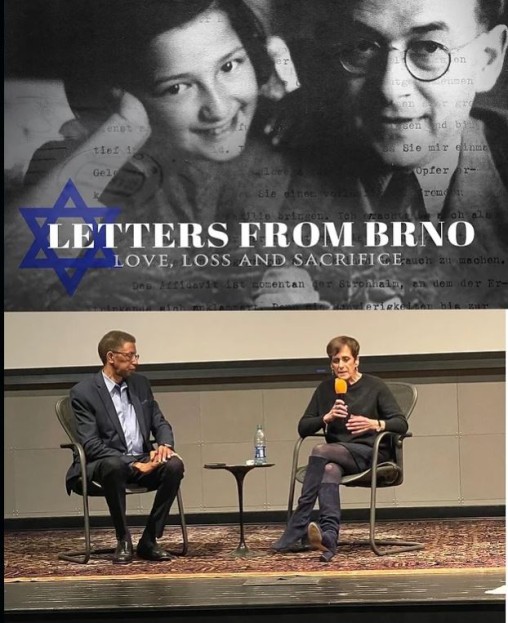 Join our Esther Raab Holocaust Museum and Goodwin Education Center for a conversation with Karen Kruger, writer and producer of the film, "Letters From Brno", on Thursday, January 26, 2023, at 7:00pm via Zoom.

The United Nations General Assembly designated January 27, the anniversary of the liberation of Auschwitz-Birkenau, as International Holocaust Remembrance Day.

"Letters From Brno" is a powerful personal story of parental love and unspeakable tragedy. The story begins when Karen first learned that her mother was Jewish and she refused to speak about her past. Karen began searching for answers to the puzzle of what had happened to her mother and her family.

The film uses  interviews along with archival footage, photographs, documents and the letters from Karen's grandparents during the years 1939-1941. The letters are eyewitness accounts of putting Karen's mother and her younger sister on a kindertransport to England and the parents' attempts at escaping Nazi occupied Czechoslovakia during those 3 tragic years.

The Program is Free and Open to the Community. Register Here: UN Holocaust Remembrance Day