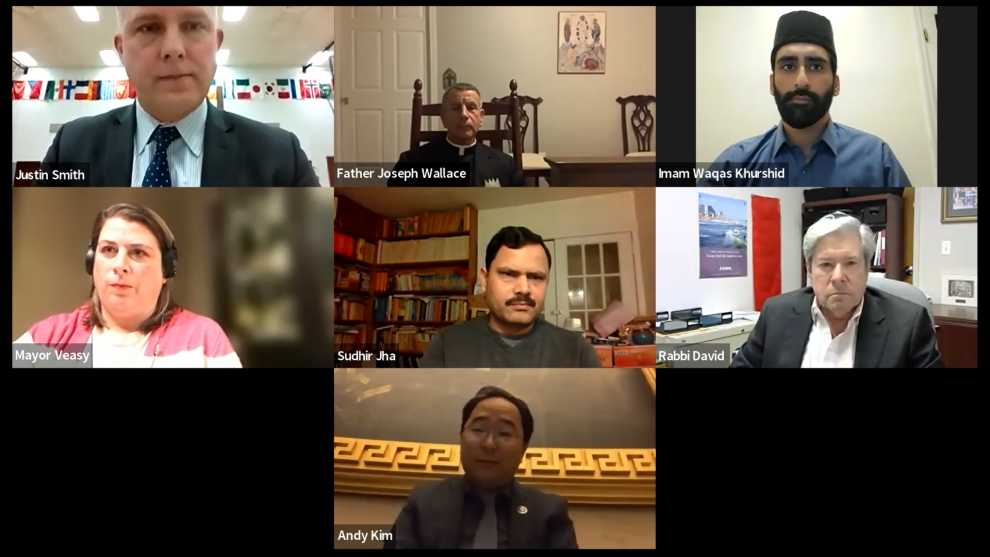 There was an upsetting incident at a Marlton middle school shortly before winter break.
Two swastikas and some antisemitic comments were found in the boys’ bathroom. The principal of the school and the district Superintendent worked with their local police and the Federation’s new Regional Director of Security, Bud Monaghan. Additionally, Rabbi Jerry David was immediately involved since it was one of his students who reported the incident. Since the school is an ADL No Place for Hate School, the ADL was consulted.

Helen Kirschbaum, Director of the Esther Raab Holocaust Museum & Goodwin Education Center, was able to work with the Superintendent and the principal. Not only did they discuss ways to enhance the school’s current curriculums dealing with the Holocaust, as well as acceptance of diversity and understanding those who may be of a different religion or ethnicity, but also important was to use the incident to start a virtual community conversation about hate and how it affects everyone, demonstrating receptivity to the idea of using this incident as a teaching moment.

Although the incident was confined to only one school, the Superintendent decided to invite staff, students, and parents from the entire district to a Community Conversation About Hate on Tuesday, January 18 at 7:00 pm. View video here.