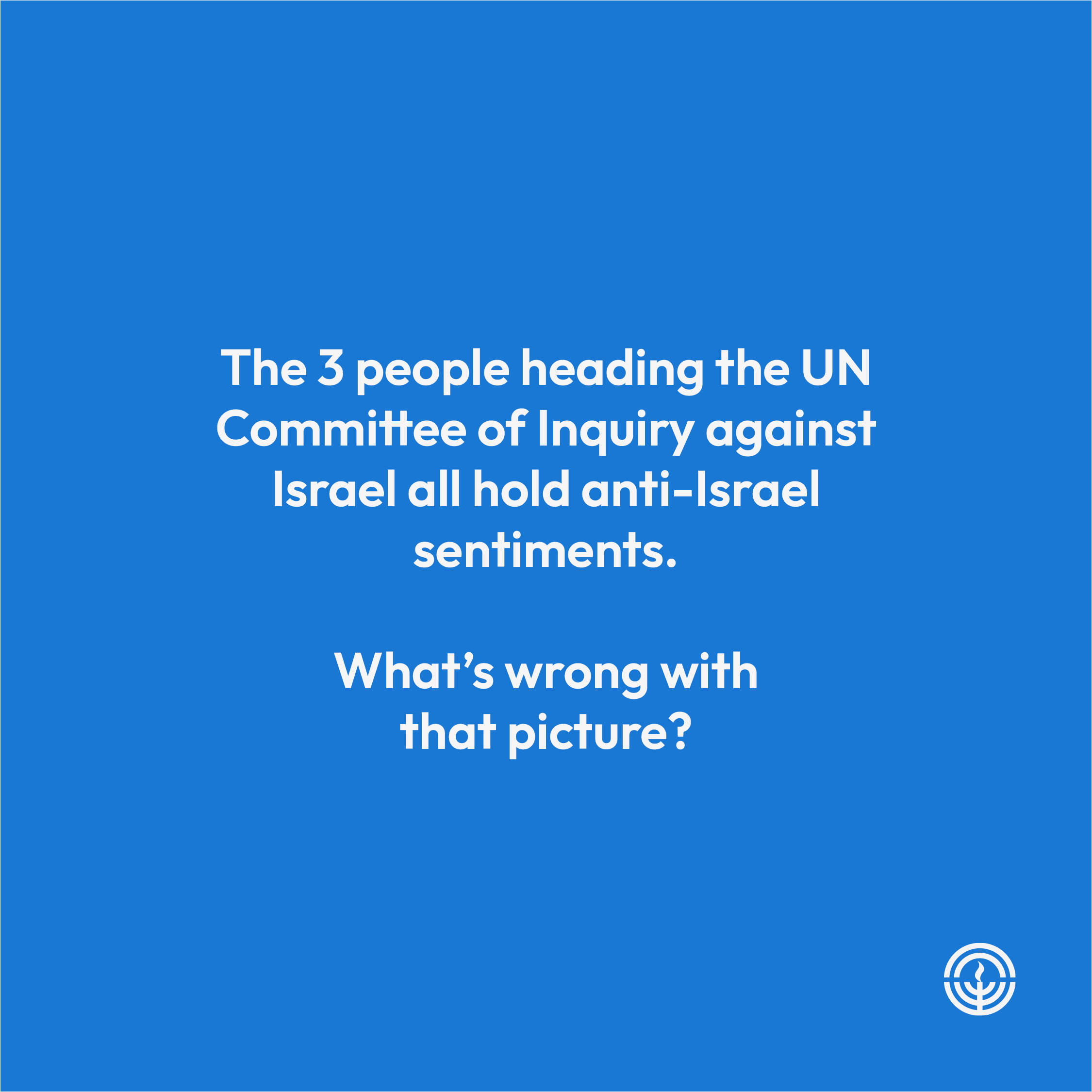 On Thursday, October 27, the UN Human Rights Council's Commission of Inquiry on the Situation in Israel, the West Bank, and Gaza (the “COI”) reported its findings and recommendations to the UN General Assembly. The report accuses Israel of violating international law by making its control over the West Bank permanent and unlawfully annexing land and resources claimed in Jerusalem, the West Bank, and the Golan Heights!